This is IVF… Strength and knowledge to write a book that is helping others. 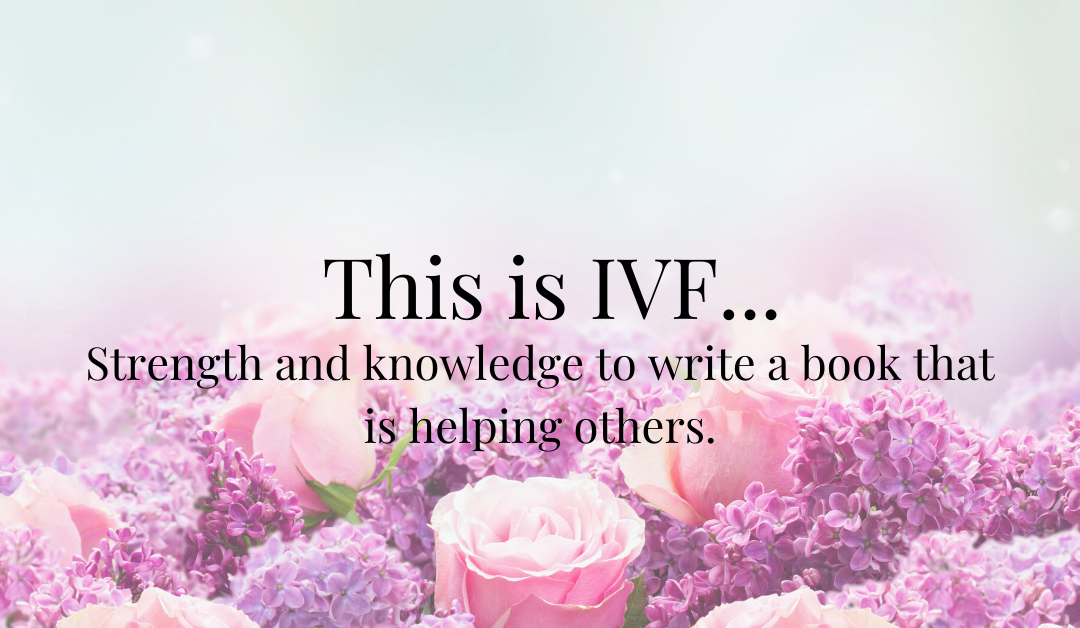 I had no idea about my own infertility prior to the doctor telling me that I am infertile.  My sister and I used to talk about if we would have a hard time getting pregnant, this was years before we were with, our now, husbands.

“I just think I am going to have a hard time,” she would say over wine and sushi, “What do you think?”

“I really don’t think I am going to have a hard time getting pregnant at all.  I’m a school teacher, I am meant to be around children,” I would answer her.

Years later, my sister and her husband got pregnant without even trying, and I was diagnosed with infertility.

I have PCOS, which stands for Poly-Cystic Ovarian Syndrome, basically it is a good thing and a bad thing.  It is a good thing because it means that I have a ton of eggs, but it is also a bad thing because it means that there is no space on my ovary for one egg to grow, become dominant and then ovulate.  I don’t ovulate, which means I can’t get pregnant.

I went off the pill in 2011 and started “trying” with my husband.  It was confusing because I wasn’t getting my periods, but I also wasn’t pregnant, according to the many negative home pregnancy tests that littered my bathroom garbage can each month.

After months of this weirdness, I went to my ob-gyn, she told me what I was experiencing was not normal.  She started me on Clomid and intercourse, but nothing happened, I didn’t ovulate.  The next month she increased my Clomid prescription and again, nothing, no ovulation.  It was December and she left a message on my voicemail that I had PCOS and that I should go to the local fertility clinic. It was a Friday afternoon and she was therefore out of the office once I received the message, brutal.  I had no idea what PCOS was, so I googled it and I was inconsolable reading the search results. I started with the fertility clinic and they were very kind and positive about my “situation”.  We started with Clomid and IUI, it failed, I drank a bottle of wine that night, a whole bottle.

The next month we did another IUI on the same day that my nephew was born, premature, and I rushed from New York to Chicago to be with my sister.  Two weeks later we learned that the IUI worked, I was pregnant with my first daughter.

We went forward with IVF.  Although it was our first transfer, the whole IVF story is a long one that is available in my book – the abridged version is that I started IVF at the beginning of December, which is quite possibly the worst time for IVF, not that there is ever a good time for IVF.  I had forty parent-teacher conferences in December and IVF.  The doctors took out 33 follicles, which turned into 17 day five blastocysts.  We put one embryo in and found out one week later that we were pregnant with our second child, I woke up Christmas morning and I “knew” it, but I waited to test, and found out definitely a week later.

That is my infertility story.  While I was on maternity leave with my second daughter, my husband suggested that I write a book about infertility, he thought it was going to be more of a self-help book.  I started writing and I could not stop, and that turned into Hilariously Infertile, a website, social media platforms, and self-published book, that I use to help other women laugh a little through their infertility, instead of crying.