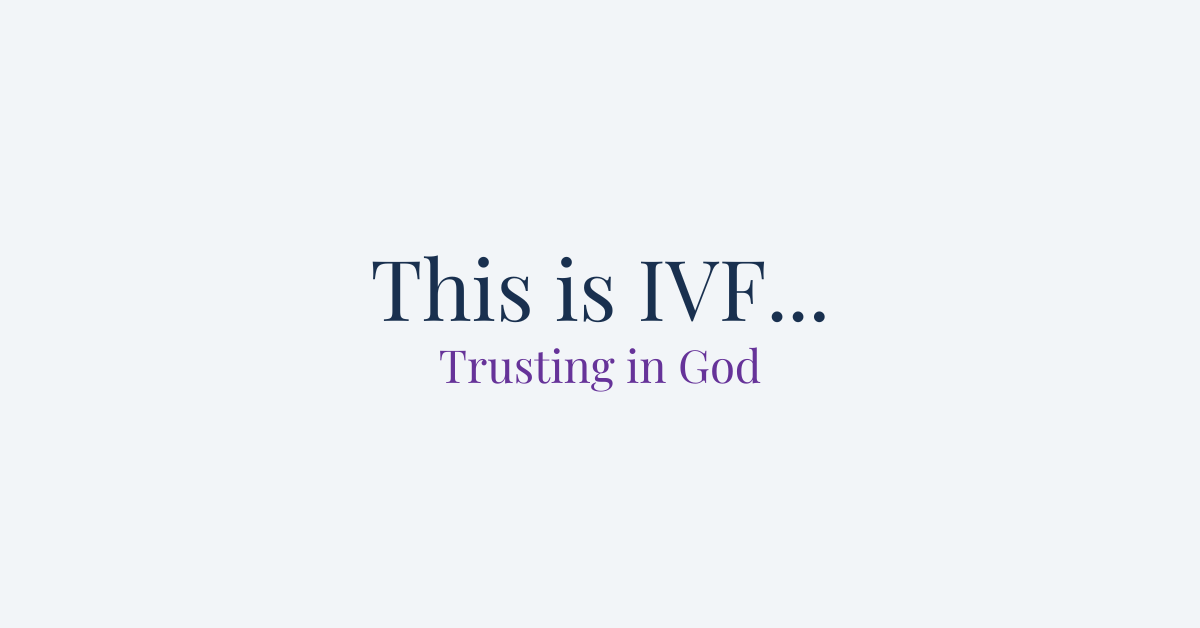 This is IVF… Trusting in God

In 2013, I decided that I was ready to start a family. I desperately wanted to be a mother! My significant other at the time was ready too!!

Negative pregnancy tests after months of trying to conceive was the most disappointing news I thought I had received. I never thought at 28 years old, I would experience infertility. Surprisingly, in January 2014, I naturally became pregnant; unfortunately, I suffered a miscarriage at 8 weeks. This was the most devastating experience during my maternal journey. It left me desperate, broken, and hurt! Months later, I made an appointment with my gynecologist and spoke to her about IVF. I discovered that I had PCOS and fibroids. Plus, the average IVF cycle would range from 12,000 to 25,000. I was a middle school teacher struggling to pay my monthly rent, so I knew I wouldn’t be able to afford IVF.

My road to motherhood was a disaster

I continued trying to conceive naturally and 9 months later, I became pregnant. When I discovered I was pregnant the next month, I had already suffered my second miscarriage. That day (November 14, 2014), I unknowingly also experienced a hemorrhagic stroke. My road to motherhood was beginning to be a disaster that left me emotionally and mentally broken into pieces. I wish I had known about infertility, miscarriages, strokes, PCOS, when I was younger.
After suffering a hemorrhagic stroke, all I could think about was my journey to motherhood. I desperately wanted to become a mother. I couldn’t process that I almost died, so I still tried to conceive. I became pregnant and suffered two more miscarriages.

How I got pregnant naturally after IVF

That year, I decided to stop putting myself through so much trauma and focus on my stroke recovery.
In September 2015, I had a noninvasive procedure called Gamma Knife Radiosurgery to treat my arteriovenous malformation (AVM), which caused my stroke. For the next 2 years, I focused on living a healthy physical and mental lifestyle. I started eating healthy, exercising regularly, praying, attending church and a therapist, and eliminating any stress. Miraculously, in 2018, I gave birth to my first rainbow baby. In 2019 and 2020, I gave birth to my next babies. Once I decided to let God lead my maternal journey, my tragic beginnings transformed to happy endings!
Follow me
Facebook Comments